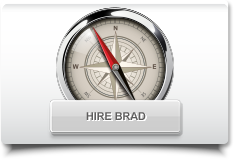 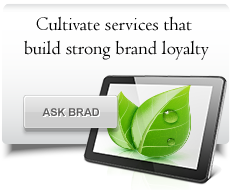 (Transcript of interview with Chad Barr)

Q. So how do organizations get started in delivering services through social channels?

Let me give you three steps that are absolutely fundamental in this effort. Begin by listening. You don’t just walk into a room and start talking, and that’s just as true in the social world. I recall an executive who works with an automobile manufacturer standing behind a computer with several others on her team as the organization flipped the switch on a new social media listening tool. The conversations, blogs, tweets, Facebook posts, feedback sites began scrolling across the screen — comments about the company’s products and services and policies and brand. Some of them were good, but more often they weren’t so good. She described the urge to sit down and begin responding right then and there. But they were, at least, now listening. It was like putting a snorkel mask on and jumping off a boat into the Caribbean water… a whole new world became visible.

Second, learn… learn from the conversations across social sites. You can determine where you will be most effective. You can’t be everywhere at once. Most begin by looking for leverage. Where can have the most impact?

Third, join the conversation. With the one-to-many nature of social interactions you can often prevent similar, repetitive contacts from other customers. So the ROI can come quickly, and is often very compelling. As you get better at identifying and handling interactions, you will be positioned to evolve into a more sophisticated approach geared around criteria such as customer influence, root cause analysis, marketplace opportunities, and so forth.