Have you ever had a metric that drives the wrong behavior? A bus company in a city with a well established international and cosmopolitan flair, had a reputation for too often running late. Leaders decided to give drivers incentives for ending their routes on time. Several months later, passenger satisfaction scores were even worse, and they quickly learned why. When their buses fell behind schedule, some drivers would literally skip stops leaving people waiting. Passengers onboard were horrified to see customers running down the block, sometimes with bags and kids in tow trying to flag the bus.

Metrics need to encourage the right things at the right times. Valid metrics are indicators that you’re either on or off track. The acronym SMART, S-M-A-R-T, is a popular framework that represents five necessary attributes of a valid metric.

Learn more about these five attributes in this video from my LinkedIn Learning course “Service Metrics for Customer Service.” 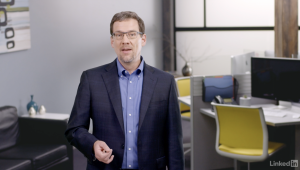