Brad's Blog
The Edge of Service 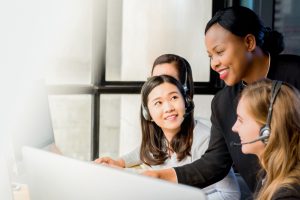 One of the keys to high levels of employee engagement in contact centers – and the strong performance that follows – is hands-on involvement from the top. For example:

Among other endeavors, Dan Gilbert is the founder and chairman of Quicken Loans, the giant Detroit-based mortgage lender. Gilbert speaks often of Quicken’s core values, saying that they “drive every decision, every action, behavior, and prioritization.” As he grew the company, Gilbert made a practice of spending an entire day with groups of new customer service employees (a responsibility now passed to others in top management). As of this writing, J.D. Power’s Customer Satisfaction Study has listed Quicken as the highest-ranked mortgage servicer for five consecutive years.

When Mary Barra took over as CEO and chairman of General Motors (GM), she inherited an extreme challenge. An ignition switch fault had led to more than 100 deaths and the recall of more than 2.6 million vehicles. She took accountability, met with affected families, set up a compensation fund, and communicated directly and honestly with employees. “Employees saw Barra in call centers taking calls and listening in, and speaking with employees,” recounts Jeanne Bliss in her insightful book, Would You Do That to Your Mother. “Barra’s courage gave her entire company the values they are to uphold, when unity and solidarity in her organization mattered the most.”

Excerpt from the newest edition of Contact Center Management on Fast Forward by Brad Cleveland.